Snake Island is a declared Wildlife Sanctuary and is administered on behalf of the community by Parks Victoria.  Parks Victoria as the Authority have control of all activities which occur on the island. As Snake Island is a sanctuary, it is illegal to harm, remove or destroy any flora or fauna on the island, both native and introduced species without the express permission of Parks Victoria. All forms of hunting are not permitted and heavy penalties and fines apply to people if caught.

As a courtesy, people wishing to undertake any activity on Snake Island should contact Parks Victoria to make them aware of your intentions on the island. Camping is encouraged on the Island, however you need to obtain a permit from Parks Victoria if you intend to stay overnight. Further information can be obtained by visiting the Parks Victoria Website.

The Snake Island Cattlemens Association has a license to agist cattle on the southern side of Snake Island from December to September each year and to ride horses on and off the island as part of the management of the agisted cattle. The Association does provide an opportunity for riders and other guests to accompany them on some of their regular trips. Interested people can obtain detailed information by completing the contact form.

Over the ninety years of their association with the Island the Cattlemen have developed infrastructure to support their activities; huts have been built, yards for both horses and cattle constructed and an extensive network of tracks established. The upkeep of these assets and the ongoing maintenance and conservation work are a requirement of the current agistment license arrangements. The Association meets regularly with local Parks Victoria staff to plan these activities.

Weed control is an important consideration and this is approached by ensuring all fodder brought on to island has been sterilized and is free of seed and by suitably qualified Association members undertaking a spray program supervised by Parks Victoria rangers. 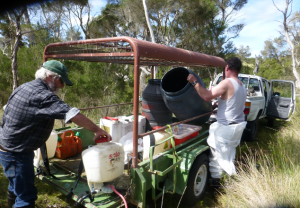 The “Huts” as they are affectionately known have been developed over many years and now consist of the communal kitchen and eating area alongside a bunkhouse and several small cabins. The Association has total responsibility for the upkeep of these buildings and the associated facilities such and toilets, water and power supply. 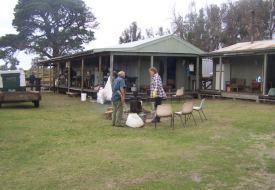 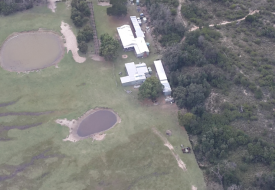 Horse care is an important part of activities and a comprehensive set of yards, horse stalls and turn out paddocks have been established adjacent to the Huts. 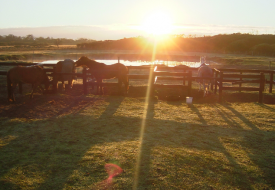 Fencing for stock control is limited to a couple of small holding paddocks to minimise the impact on other animals and maintain the natural bush landscapes visitors expect. The grazing range of the cattle is managed on horse back. 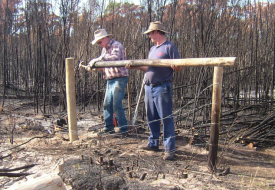 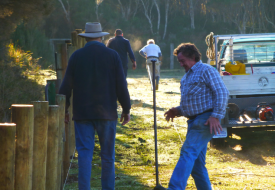 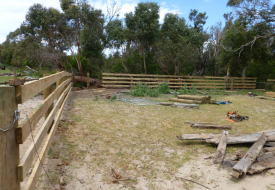 Tracks for vehicular access by Association and Parks Victoria vehicles have been established to minimize the impact of erosion on the sandy soils. Wherever possible these tracks are multi-purpose and used when driving cattle to and from as well as and around the island. The establishment of new tracks or the deviations of existing tracks are all approved by Parks Victoria. Clearance of fallen trees is an ongoing and important task carried out the Association. 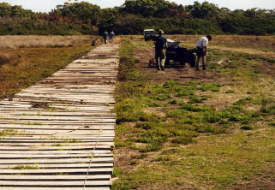 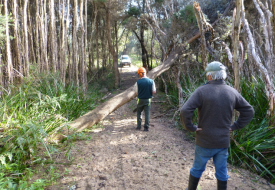 Vegetation management is recognised as critical to the effective management of this unique environment. Under the supervision of Parks rangers various techniques are used to rehabilitate and conserve vegetation communities, including excluding all animals for some areas via protective fencing and of course regular tree planting. 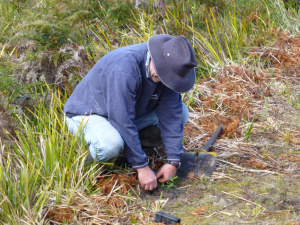 Wildlife abounds and the island offers a refuge for both native animals such as koala, kangaroos, echidnas and snakes and introduced animals such as hog deer. All these animals are protected and the Association has worked alongside Parks staff to actively manage the various populations. Most notably the large numbers of the introduced Koala population were severely impacting on vegetation and were at risk of starving. Association members worked with Parks to reduce their numbers to the sustainable levels that now exist. 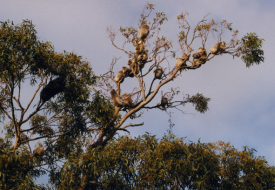 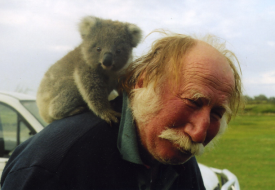 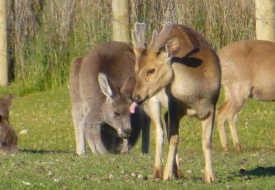 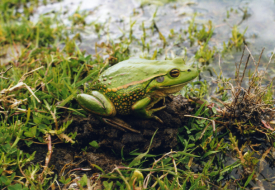 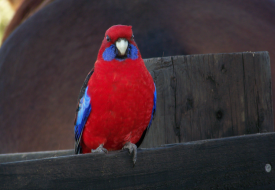 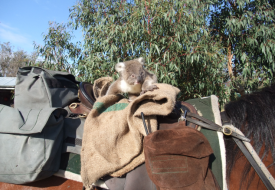 Vermin such as foxes exist on the island and have been seen crossing between the mainland and the island. A systematic fox baiting program has been undertaken over many years and as a result number have been restricted but are never likely to be eliminated. 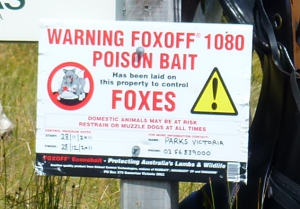 Poaching, particularly of hog deer is an ongoing issue in the management of the island even given it is widely known as being strictly prohibited. The Association opposes hunting on the island and from time to time members come across concealed camp sites and equipment caches which are reported to Parks Victoria for follow up.